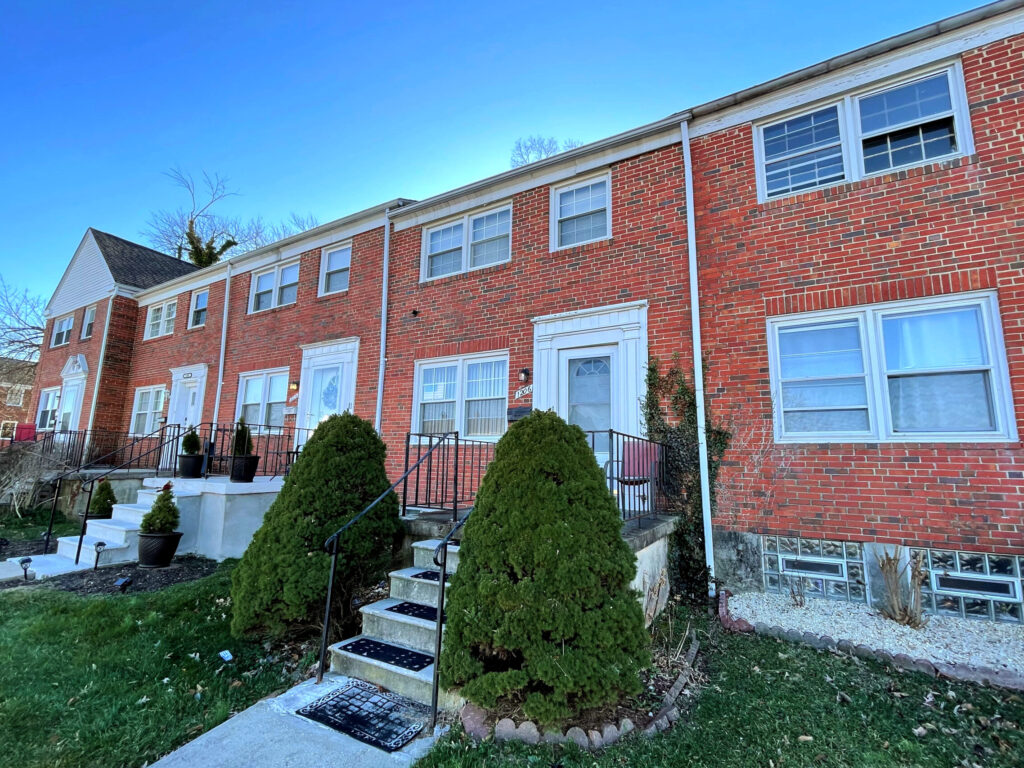 Row of downtown buildings near Lexington Market sells for nearly $1 million – baltimorefishbowl.com
October 13, 2020, 2020 – An entire row of buildings in the 200 block of Park Avenue sold at the online auction with a flurry of last minute bids.

New Townhomes Coming to a Mostly-Abandoned Area Near Carroll Park – www.southbmore.com
September 17, 2018 – A development team announces their plans for the redevelopment of 26 townhomes that they purchased at a recent Receiver’s Auction.

The Apple & The Tree: Chuck & Dan
June 18, 2017 – The spotlight turns on Daniel and Charles Billig as a father and son who work together, as part of SparkVision’s series called The Apple & The Tree. From the article: “My dad taught me that service is more than just something nice to do, it is an obligation we have as community members.”

This Baltimore mansion’s history is linked to a failed marriage – www.thedailyrecord.com
May 4, 2016 – The Daily Record tells the tale of the mansion built by Capt. Isaac Emerson, of Bromo Seltzer fame. The Queen Anne Revival building will be sold at auction on June 9, 2016 as part of the a Receiver Auction of vacant buildings in Baltimore City.

United Way Emerging Leaders United: Spotlight on Charles Billig
August 20, 2015 – The United Way’s Emerging Leaders United featured Charles Billig on their web site. Charles is an active member of this committee, which helps create, plan and organize events and projects for United Way members. The committee is responsible for the strategic planning, financial accountability, recruitment and leadership of ELU.

Frederick Road commercial property in Catonsville on auction – www.baltimoresun.com
June 8, 2015 – The Baltimore Sun reports on our auction of 3 mixed-use buildings in the heart of Catonsville’s commercial district. The auction will be held on July 8, 2015.

Hollow Creek Golf Club to be auctioned March 13 – www.fredericknewspost.com
February 5, 2015 – The Frederick News Post describes Hollow Creek Golf Club and its potential buyers, as well as interviews local golfers who have played the course. The golf course, including restaurant, bar and banquet hall will be sold at auction on Friday, March 13, 2015 at 12 noon.

English’s Family Restaurant to be auctioned in OC – www.delmarvanow.com
January 22, 2015 – Delmarvanow reports on our upcoming auction of English’s Chicken with details about the property and the surrounding area. The Ocean City property is to sold at auction on February 20 at 12:00 noon.

English’s Chicken, Ocean City landmark, headed for auction – www.baltimoresun.com
January 19, 2015 – Baltimore Sun’s Baltimore Diner article about the auction of English’s Chicken and its history going back to 1937. Auction to be held February 20 at 12:00 noon.

Building up for auction on Westminster’s Main Street has one of the wildest apartments you’ve ever seen – www.bizjournals.com
October 7, 2014 – Baltimore Business Journal explores our auction of the converted “Opera House” also known as “Odd Fellows Hall” in Westminster.

Last adult movie theater in Baltimore up for auction – www.baltimoresun.com
October 2, 2013 – The Baltimore Sun reports on our auction of the Apex Theater at 108 S. Broadway. The story includes the history of the theater and its connection to John Waters’ films.

Groups offer bids to purchase blighted properties – www.wmar2news.com
July 30, 2013 – ABC2 News filmed our Receiver’s Auction of vacant Baltimore City properties. The report explains the how and why of the receivership auctions.

150 homes in ‘fringe’ Baltimore neighborhoods to be auctioned – www.bizjournals.com
July 24, 2013 – The Baltimore Business Journal’s take on our Baltimore City Receiver Auctions and how this type of auction fits into the Baltimore housing market.

Milford Mill Swim Club sold; owner plans mosque at site – www.bizjournals.com
June 27, 2013 – The Baltimore Business Journal’s account of our auction sale of Milford Mill Swim Club for $775,000. The article reports on the new owner’s intended use for the property, as well as the history of the swim club.

Milford Mill Swim Club to be auctioned June 27 – www.bizjournals.com
June 3, 2013 – A Baltimore Business Journal article about our auction and the film history of the 18+ acre property which includes indoor and outdoor pools, pavilions and quarry lake.

Sold! A Step By Step Guide To Buying A House At Auction – baltimorefishbowl.com
September 15, 2011 – A Baltimore Fishbowl article that describes the auction process.

Boccaccio sold for $1.45M at auction – thedailyrecord.com
February 17, 2010 – This article from The Daily Record chronicles the bidding “showdown” that resulted in the $1,450,000 winning bid for Boccaccio’s Restaurant in Little Italy.

Home Auctions: To Bid or Not To Bid – YouTube.com
November 2, 2009 – United Press International filmed one of our recent auctions and interviewed prospective bidders.

Prime property, if you can reach it – baltimoresun.com
October 14, 2009 – Large concrete pier, one of the last undeveloped parcels on the Canton waterfront, goes to auction.